Chuck Granata has produced dozens of classic albums from the likes of Tito Puente, Peggy Lee, and of course Frank Sinatra. From the 5 CD companion set for Nancy Sinatra’s definitive biography Frank Sinatra: An American Legend to remastered CD releases of historic albums, to exacting LP reproductions and groundbreaking compilations, Chuck’s encyclopedic knowledge and dedication to authenticity of sound have made his name synonymous with high quality audio projects.

Here are just a featured few of Chuck’s productions.

Sing And Dance With Frank Sinatra 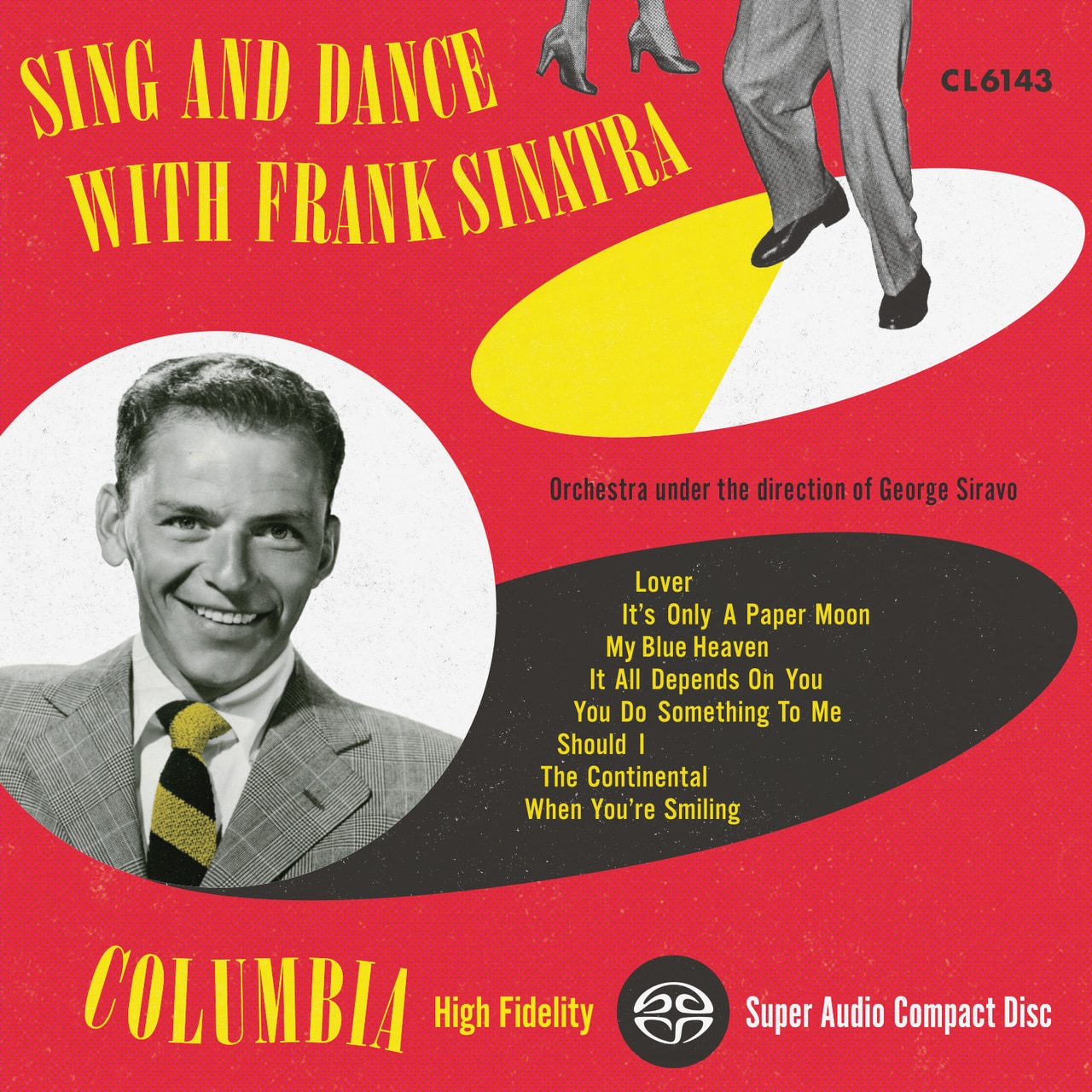 Rich in musical texture, this essential Sinatra classic – featuring the swing-style arrangements of George Siravo – marked a pivotal moment in 20th-Century pop music history, and represented the singer’s transition from tender crooner to hip, swinging sophisticate. These performances offer a flawless snapshot of Sinatra’s legendary musical craftsmanship as he reinvents himself for a new direction in his career – one that would hail his unparalleled success of the 1950s and ’60s. 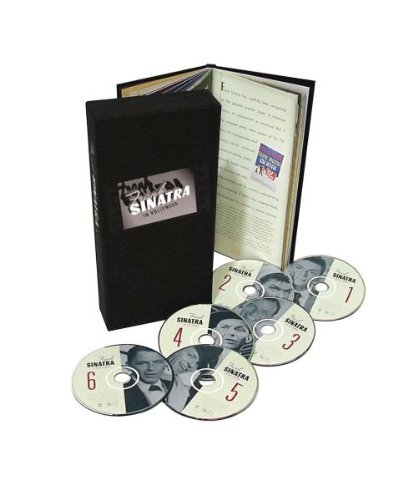 Here are the original film versions of such Sinatra standards as Night and Day; All or Nothing at All; Time After Time; New York, New York; On the Town; All of Me; From Here to Eternity; Three Coins in the Fountain; Someone to Watch over Me; and more, many (because of the film studios’ recording innovations) in stereo for the first time. And the rarities are juicy-a 1947 radio interview for The Kissing Bandit ; 1951 promos/spots for Meet Danny Wilson ; a 1953 Sinatra/Donna Reed interview for From Here to Eternity ; Lucky Strike promo spots, and more! The packaging is of keepsake quality, and nearly all of these 160 tracks had never before been available on CD. 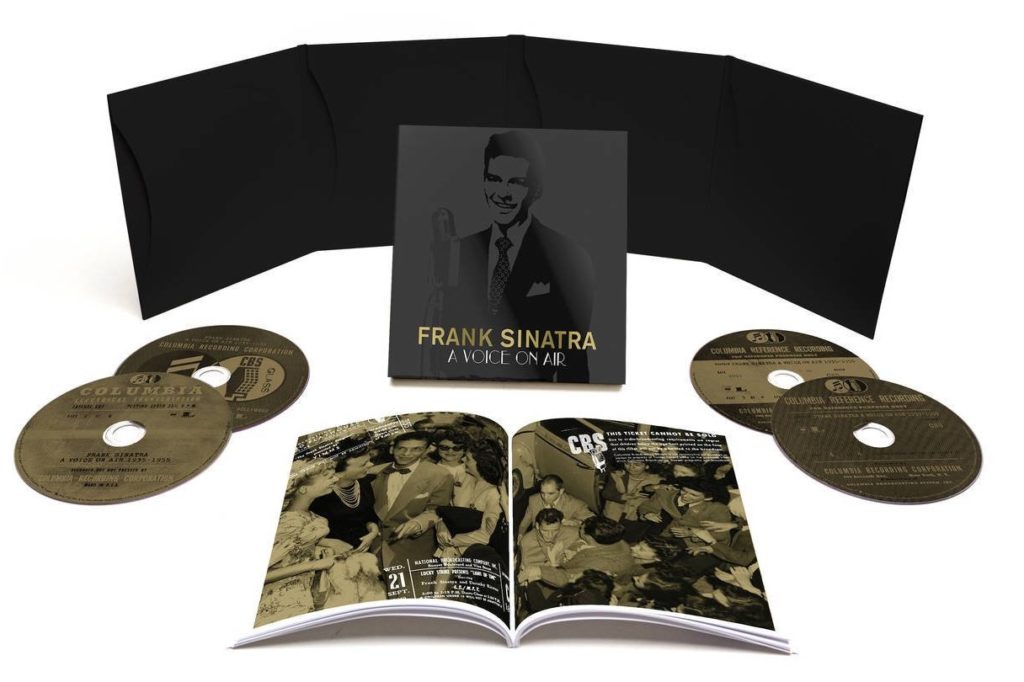 This historic 100+ track, 4-CD deluxe box set was culled from an invaluable collection of rare radio broadcasts and rehearsals immaculately restored from the original recording masters for unprecedented high-fidelity sound. 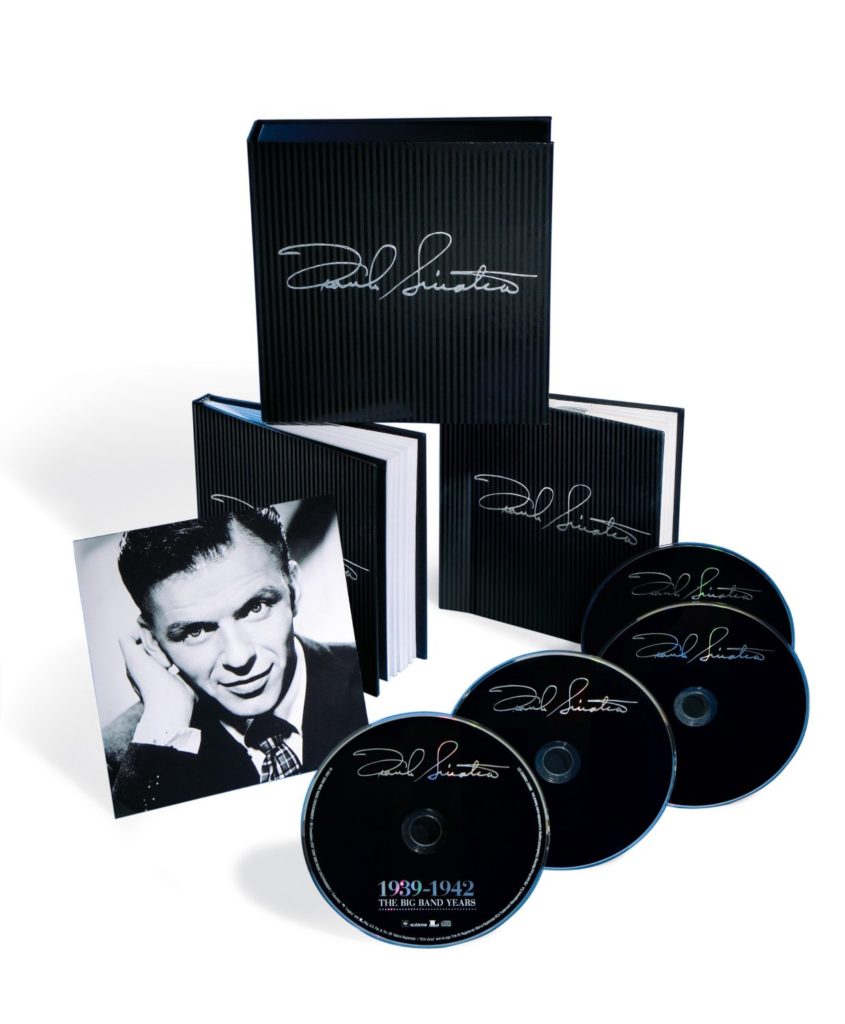 Documenting the initial rise to fame of the 20th century’s greatest male pop vocalist, this four-CD box set features 80 of Frank Sinatra’s early big-band and solo recordings. Included are many of his 1939 and 1940 releases for the bandleaders Harry James and Tommy Dorsey, as well as hits such as “I’ll Never Smile Again” and the wartime favorite “I’ll Be Seeing You”. Previously unreleased outtakes of “From the Bottom of My Heart” and “All the Things You Are” are also featured, as well as a variety of rare radio recordings fromthroughout the ’40s. This is Sinatra at his early best, brimming with youthful confidence and romance on such classic sides as “Hello Young Lovers”, “Embraceable You”, and “April in Paris”.

Companion CDs to the Definitive Biography by Nancy Sinatra

To celebrate the life of this American treasure, Nancy Sinatra enlisted the help of family, friends, associates and even the man himself to create an intimate, candid and complete portrait of Frank Sinatra, his music, his life and his work. Rich in insight and with detail only they would know, this intensely personal journal separates the fact from fiction, the real deal from the myths. By lacing together revealing first-hand anecdote and long-stored reminiscences, a unique perspective of this complex and elusive man emerges to give fans a glimpse of what his extraordinarily full life and its unbelievable events were really like.